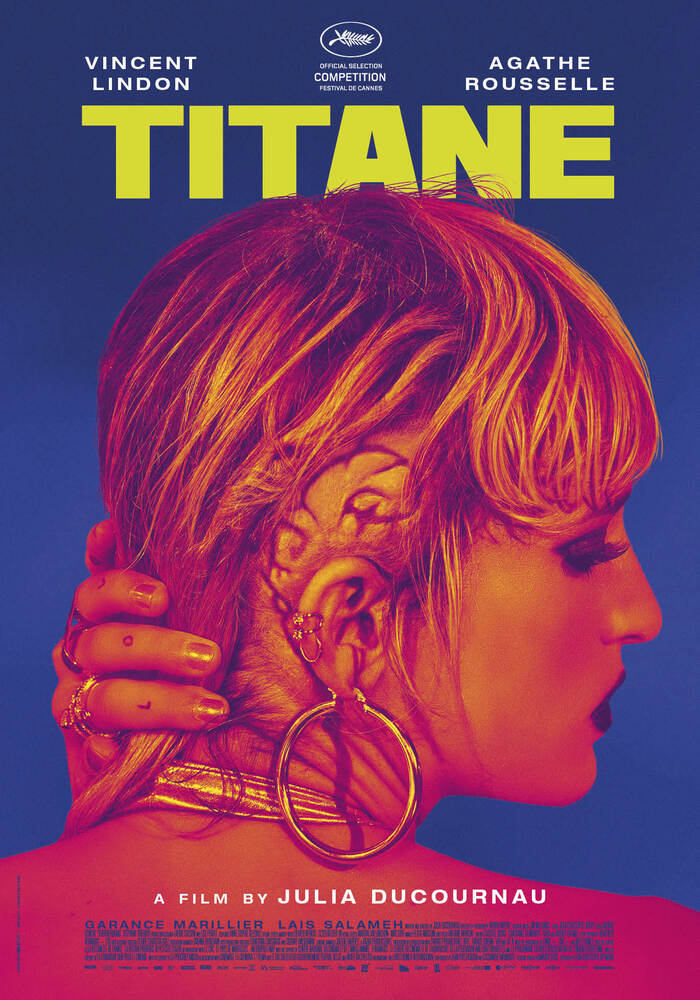 Alexia is a dancer who after being injured in a car accident as a child has a titanium plate fitted into her head. Following a series of brutal and unexplained murders, she crosses paths with Vincent, a fire captain desperately looking for his missing son. This encounter is going to change their lives forever.

A bold exploration of sexuality, gender identity and parenting, “Titane” is steeped in the carnal sensitivity  and black humor typical for its director. It is an unapologetic observation of the ups and downs of the human extreme.