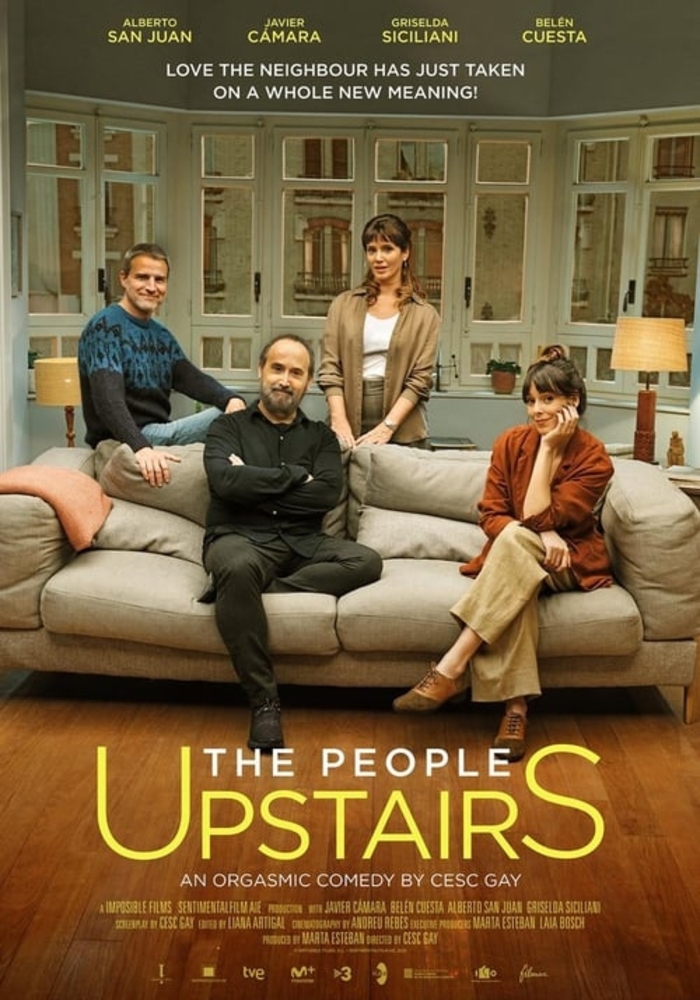 Two couples explore the complexities of modern day relationships in this glamorous comedy that could be only compared to Paolo Genovese’s Perfect Strangers. The People Upstairs is an adaptation of Cesc Gay’s first play for the theatre.

Julio and Ana have been together for 15 years. They no longer look at each other or touch each other and they argue all the time. One evening, Ana invites the neighbours from upstairs to dinner. Salva and Laura are slightly younger, they have always treated Julio and Ana well since they moved into the building. Yet, the constant moaning and groaning coming from their apartment has caused even more arguing for their hosts. No one even suspects dinner will cause an emotional meltdown.