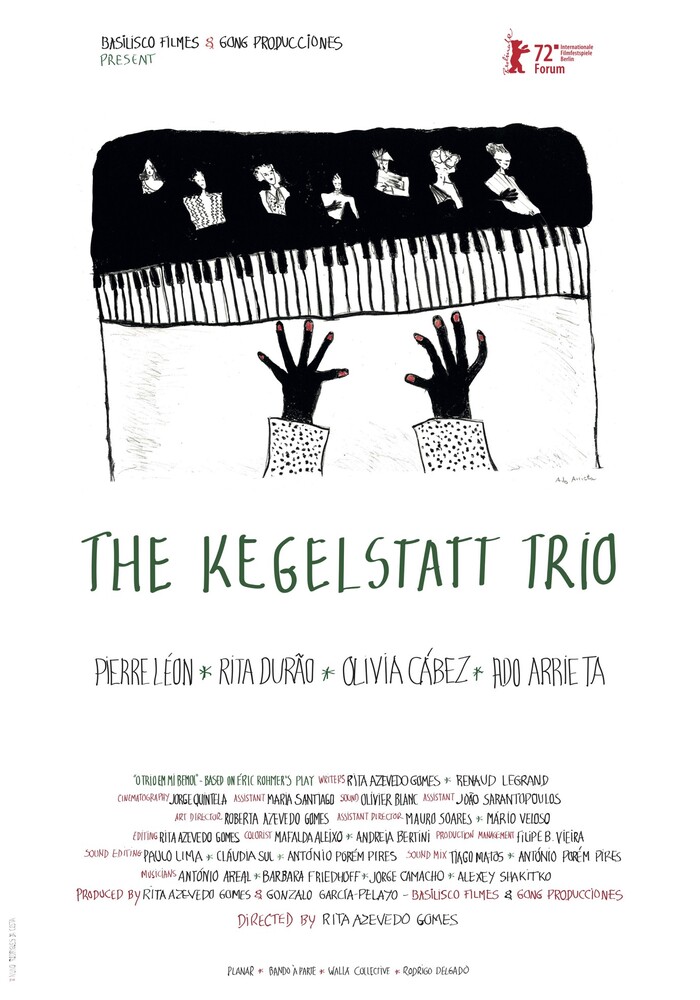 Inspired by the famous Mozart piece, Éric Rohmer wrote and directed his theatre play Le Trio en mi bemol in 1987. 35 years later, Portuguese filmmaker Rita Azevedo Gomes has now taken on the theatre text and made it her own with the help and complicity of some dear friends. The play was conceived by Rohmer as a “comédie brève en sept tableaux” and Azevedo Gomes respects its main structure, a series of encounters between two ex-lovers who still are very fond of each other. But in her version, Paul (Pierre Léon) and Adélia (Rita Durão) extensively discuss love, passion and tenderness for the camera of a film director (legendary Spanish filmmaker Adolfo Arrieta), who teases the actors at his whim. With her usual keen eye for beauty and elegance, Azevedo Gomes draws the best not only from her actors but also from the set, a beautiful 1960s modernist beach house on the coast of the Minho region.