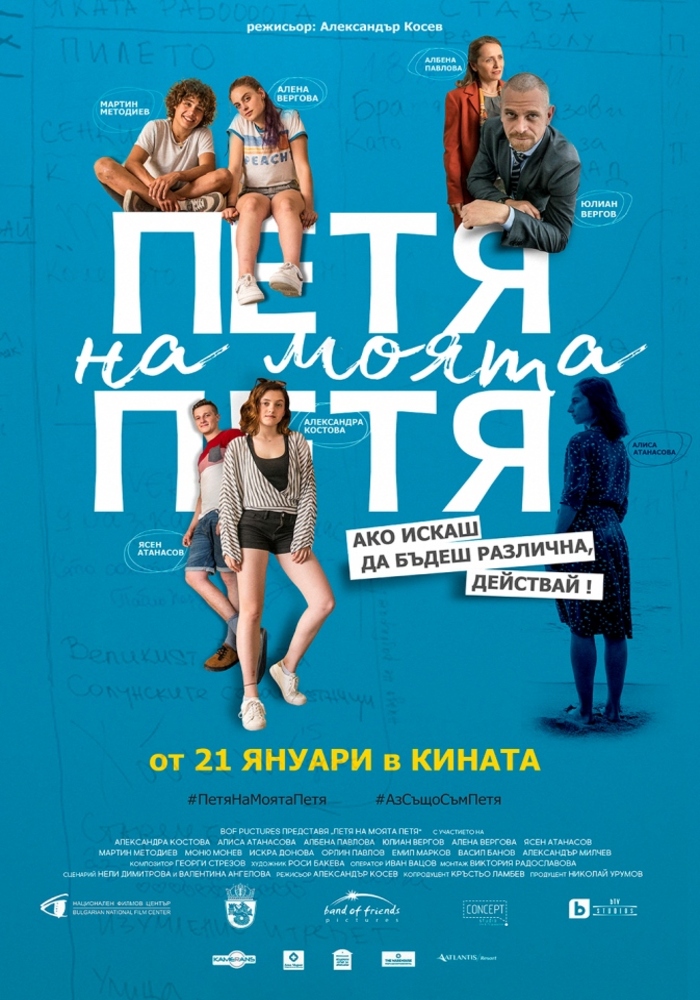 PETYA OF MY PETYA

The story takes place in the present, connecting the future and the past as it is based on the parallels  running between two teenage girls from different time periods: the poet Petya Dubarova (Alissa Atanassova) and her counterpart Petya Monova (Aleksandra Kostova) of today, the first girl being wise and of mythical dimensions, the second one bold and modern.

The film has been heavily influenced by Petya Dubarova’s poetry (1962 – 1979) and by its filmmakers’ half forgotten teenage ideals and beliefs. Another influence has been the acknowledgement that what happened to Petya almost 40 years ago is taking place right now – it seems that no one can win the fight against the establishment, yet this doesn’t mean that we shouldn’t keep trying.