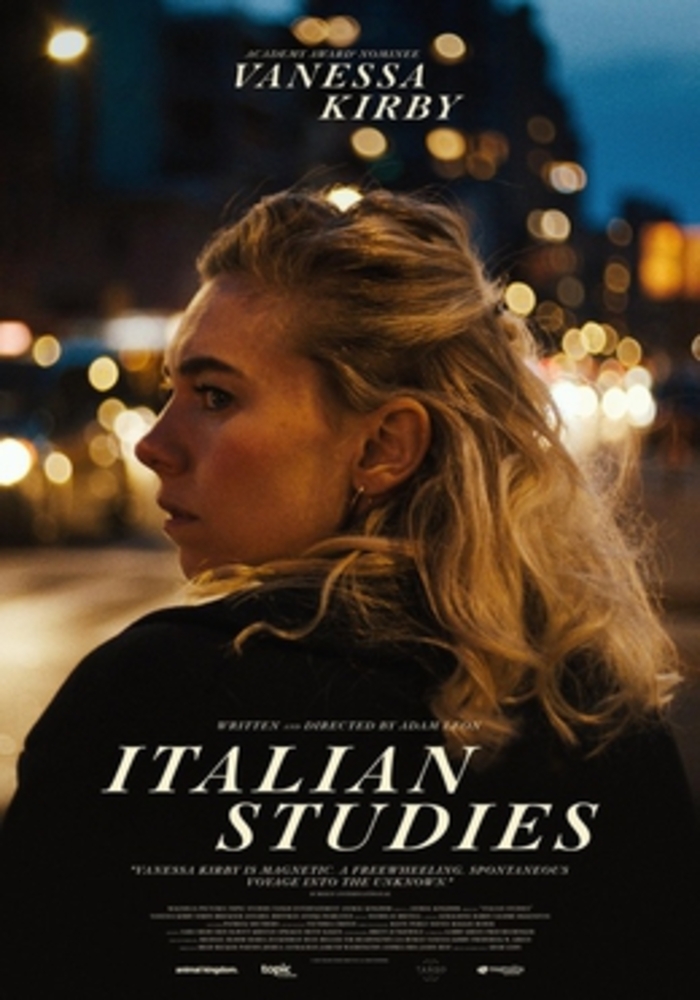 A writer, Alina Reynolds (Vanessa Kirby), loses her memory and finds herself adrift in New York City — with almost no sense of time, place, the season — or her own identity. Alina’s consciousness swings between imagined conversations, fragments of her own short stories — and the bustling city around her. She finds an anchor in a charismatic teenager (Simon Brickner), connecting with him and his free-spirited group of friends — as she makes her way through a disorienting but strangely beautiful cityscape. The story is also full of music — much of it performed and captured live — alongside an evocative score from Nicholas Britell that informs Alina’s journey from start to finish.