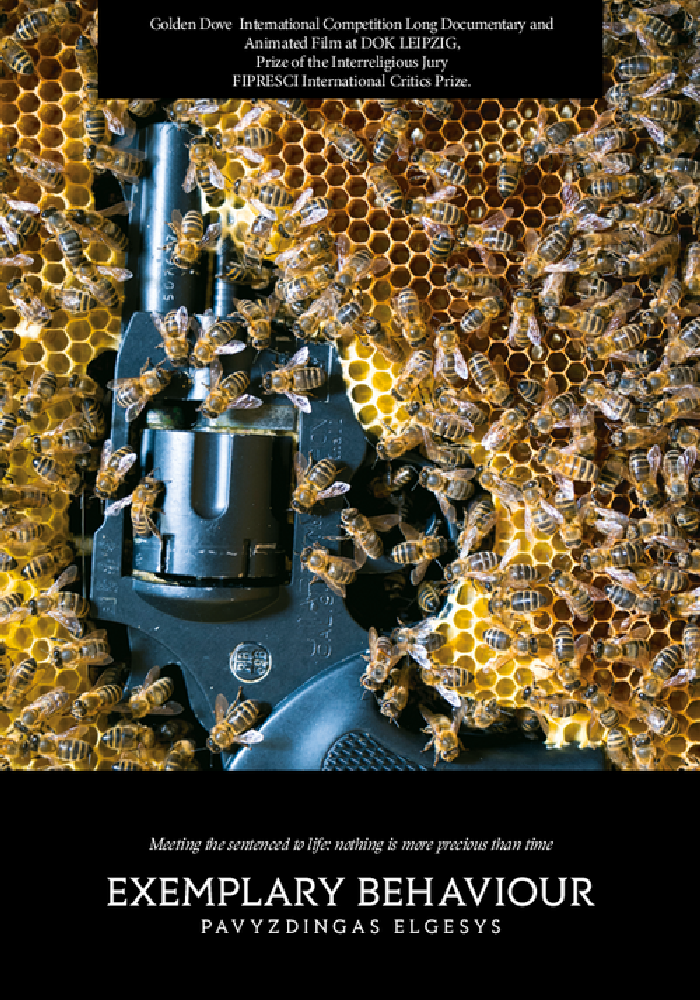 Having experienced the loss of the murdered brother, director Audrius Mickevičius went to the Lukiškės prison to examine the paradox of “exemplary behaviour”. Mickevičius met Rimas and Rolandas who are sentenced to life but driven by the hope of change. Mickevičius himself experienced the journey from anger to forgiveness, which was interrupted by his terminal disease. “Exemplary Behaviour”, completed by its script editor Nerijus Milerius, explores the ideas of forgiveness and so-cial justice.
A socially responsible film initiated, developed and written by Audrius Mickevičius. After the untimely death of Audrius, completed by Nerijus Milerius.
Аwards and nominations:
Golden Dove International Competition Long Documentary and Animated Film at the 62nd DOK Leipzig
The Prize of the Interreligious Jury
The FIPRESCI International Critics Prize.