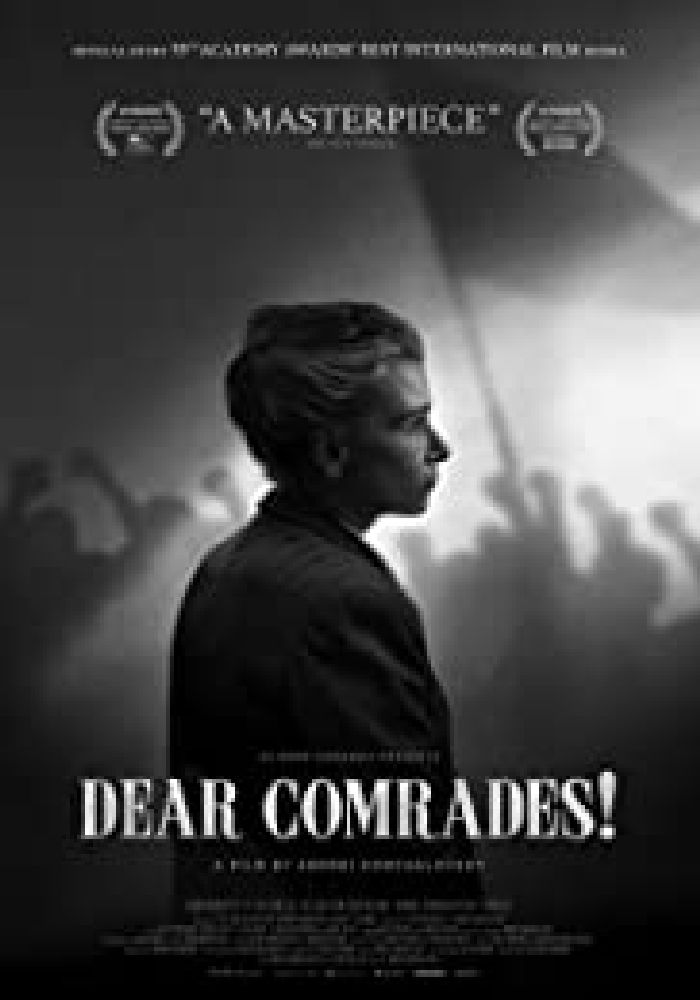 Novocherkassk, USSR. June 1962. Lyudmila, a devout Communist Party official, is a scourge of anything she perceives as anti-Soviet sentiment. After a strike at the local factory, in which her own daughter is participating, catches her and other local Party officials off guard, Moscow decides to step in with force. As the situation spirals out of control, Lyudmila begins a desperate search for her missing daughter in the face of curfews, mass arrests, and the authorities’ ruthless attempts to cover up state violence. Her once unquestioning faith in the Party line is shaken by her growing awareness of its human toll. Filmed in arresting black and white, this historic tale bristles with immediacy.