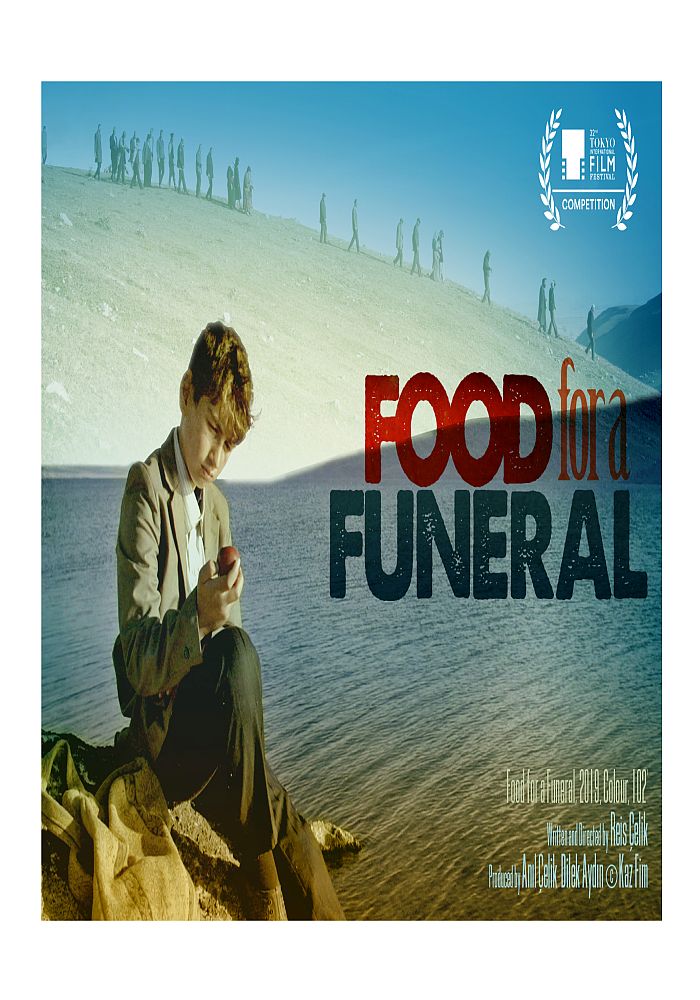 FOOD FOR A FUNERAL

The story of Ölü Ekmeği is set in a drought-ridden, poverty-stricken part of rural Anatolia at the beginning of the 1960s. It is customary in these parts for children to watch over their animals high up on the hillsides, from where they have sweeping views of the plain below. And if they see a smoking chimney down in one of the villages there in the middle of the day, they know that food is being cooked either for a wedding or for a funeral. This is because on a normal day, chimneys smoke just twice a day: once first thing in the morning and once in the evening. Noontime smoke therefore heralds an unusual event. Whenever a sighting is made, one or two children are sent down into the village to see whatever food they can beg, borrow or steal and bring it back for them all to share.

Mustafa is one such child. He is also the apprentice of a well-known Ashik in the area. Young Mustafa yearns and burns to become an Ashik like his master, but this is no easy task. As tradition has it, the status of an Ashik not only demands innate talent, learning and diligence, it also requires the candidate to have had a dream in which he drinks of the wine of love from the hands of a sage. Mustafa’s motivation derives largely from his impatience to write songs for Gülbayaz, a girl older than himself who he loves with a passion, and to win her heart.

There are times when Mustafa gets tired of his master’s strict discipline and escapes to the hills to spend time with his friends grazing the animals. He also happens to be the most enthusiastic among them when it comes to fetching the pickings on offer in villages where the chimneys smoke at noontime. But in the two villages he visits, two big surprises lie in store. One is a wedding feast, the other a funeral feast. And both will make him suffer…